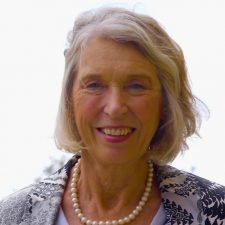 I am a lecturer and scholar at the University of Aberdeen, formerly Vice-Principal for Research 2011-2014.

Between market, state and family: childcare in China (2019) International Sociology

Gathering together: social capital, cultural capital, the value of cultural heritage in a digital age Social and Cultural Geography (with David Beel)

Gypsy-Traveler communities in the UK and the Netherlands: socially and digitally excluded? Media, Culture and Society. (with Koen Salemink and Leanne Townsend)

‘Broadband and the creative industries in rural Scotland’ (2017)  Journal of Rural Studies 54: 451-458(with Leanne Townsend, Gorry Fairhurst and Alistair Anderson)

“Relational Identities on EU borderlands: the case of Poles in Belarus and Belarusians in Poland” (2017) Ethnic and Racial Studies  40 (1-2): 77-95 (with Natalka Patsiurko)