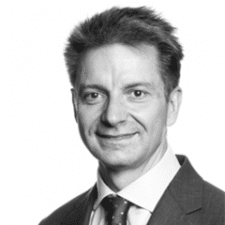 Marc Meryon is a partner and Head of Industrial Relations, based in the London office. He is also an Honorary Senior Visiting Fellow at Cass Business School, City University. He was until 2015 the Senior Independent Director of King’s College Hospital NHS Foundation Trust.

Marc specialises in helping companies with difficult labour relations issues, often arising from organisational change. He frequently advises on managing and resolving collective disputes, including preventing and mitigating the impact of strikes and responding effectively to union backed corporate campaigns, both within the UK and internationally.

Marc also advises on the growing impact of human rights on business and labour relations, and on the increasing use of contingent workers in the gig economy.

Marc acted for the employer in many of the leading Court of Appeal decisions on the lawfulness of strikes including Metrobus -v- Unite, which established that UK strike law is compliant with human rights; Serco -v- RMT which is the leading authority on union compliance with strike balloting law; and Govia Thameslink Railway –v- ASLEF, on the extent to which employers can rely on EU free movement rights to challenge strike action.

Previously Marc obtained multiple injunctions to prevent strikes during the Olympics and to prevent national rail and postal strikes. He advised Royal Mail on the industrial relations aspects of privatisation and more recently he has advised employers responding to union backed corporate campaigns. He has recently co-authored a research paper on the impact of union backed corporate campaigns in the UK.

Marc is recognised in Chambers and the Legal 500 as an expert in industrial relations and frequently comments on this area in both broadcast and print media, including BBC News, the Today Programme, Sky News, CNBC, the Financial Times and The Guardian as well as lecturing on industrial relations at institutions such as Cass Business School, the LSE and the University of Leicester.

Endorsements in Chambers Guide state that Marc is recognised as “one of the best industrial relations lawyers in the country”. He “knows the field inside-out” and “can be relied upon to think of bright and innovative technical arguments and interesting solutions” and as a lawyer who offers “superbly practical and relevant advice” to his clients.