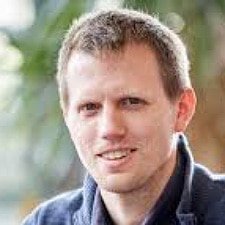 A global analysis of worker protest in digital labour platforms

Umney, C. (2019). Creative placemaking and the cultural projectariat: artistic work in the wake of Hull City of Culture 2017. Capital and Class (forthcoming)

Digit researchers discuss their work at the BUIRA Annual Conference

A new paper by Digit researchers, published by the International Labour Organization, "A global analysis of worker protest in digital labour platforms", aims to develop an understanding of labour unrest among platform workers as a global phenomenon.

There were more than 15 presentations involving members of the Digit community at the 40th ILPC in Padua.

Digit Co-Director Professor Mark Stuart and Dr. Vera Trappman from Leeds University Business School will deliver a plenary talk on global labour unrest on platforms, using the case of food delivery workers, at the ILERA Regional Congress, Philippines, tomorrow, 03 December 2020.   You can read the abstract from their session below: Labour unrest by platform workers is an important phenomenon in the new world of work. This study examines patterns of platform labour unrest on a global scale, drawing from a database of over 500 instances of labour unrest in the food delivery sector. Results show that labour unrest […]

This policy brief sets out the first findings of the Leeds Index on worker protest in the platform economy.

“Limits to platformization in live music”. Research paper currently under submission at a journal following “Revise and Resubmit” recommendation.