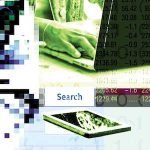 This project, funded by Research England’s QR Special Projects Fund and the UK Intellectual Property Office seeks to provide objective evidence regarding the degree to which music streaming is providing fair payments to music creators of various kinds.

Read the report, ‘Music creators’ earnings in the digital age‘, published on 23 September 2021.

The project was originally commissioned by the UK Intellectual Property Office, and extended through funding from Research England’s Quality-Related Special Projects Fund. It is supported by a Steering Group that contains representatives of a number of organisations, including the the UK Musicians’ Union, the Ivors Academy, the Featured Artists Coalition, Association of Independent Music, the Music Publishers Association and the British Phonographic Industry (BPI).

The report has informed the Government’s response to the House of Commons Digital, Culture, Media and Sport (DCMS) Select Committee’s Report into the “Economics of Music Streaming”, published on 22 September 2021.   The project team also submitted written evidence to the DCMS Select Committee inquiry.

Read the media story about the report in Musically.