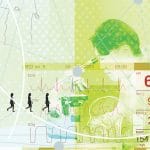 Funded by: the UKRI ESRC and the National Productivity Investment Fund.

This project will examine the employment consequences of the development, adoption and implementation of innovative environmentally friendly digital technologies; in this case RFID tags in the retail sector.

This is a unique and stimulating opportunity to conduct genuinely interdisciplinary research on innovation and employment. The project brings together researchers from the social sciences and management studies with those in Material and Quantum Physics at the University of Sussex, who will work closely with a Sussex based firm Advanced Material Development (AMD) and the world’s largest company by revenue, Walmart (USA).

The innovative contribution of the research is to examine the learning process from product development to implementation and its impact on labour productivity and decisions for managers about their labour requirements.

The Business Need: Transformation of Retail

The retail sector has seen some of the most spectacular changes driven by disruptive technologies and changing consumer patterns. These factors have had a profound effect on the location of employment in this sector with jobs moving from the high street to warehouses and new delivery channels. Tracking devices have become key to these new business models.

RFID tags are already used in a number of business sectors to provide a tracking system identifying items through the supply chain. The total RFID market was estimated to be worth US$11.0 Billion in 2018, and is expected to increase to US$13.4 Billion by 2022.[1]

Implementation of RFID systems can transform supply chain efficiencies for large companies with complex supplier bases; and has a transformative effect on warehouse operation and corresponding logistics businesses. RFID tags significantly reduce inventory count time from hundreds to a handful of hours with implications for staffing needs in different parts of the supply chain. Therefore, the potential employment impacts of this technology could have huge consequences on employment rates, worker satisfaction and wellbeing that have yet to be adequately investigated.

The Innovation Fellow funded on this project will examine existing and future practices in the development of more environmentally friendly tags as part of supply chain management systems. The combined use of these kinds of technology is likely to have significant effects on the organisation of work in this sector as illustrated by the experiment with Amazon Go shops in the US.

The uptake of RFID, though still in an “early adopter” phase, is fast becoming ubiquitous in the retail sector. Expectations of many billions of tags being produced each year has also raised concerns about the environmental life cycle of materials used in these technologies, alongside more general concerns about the use of plastics.

The Science Background: Graphene based ink and RFID

Since 2016, the Materials Physics Group has developed a variety of applications in the field of functional materials. In 2017 a new company called Advanced Materials Development (AMD) was founded, based on the Sussex background IP, to support the commercialisation of these applications and resulted in the development of a platform technology based on conductive inks.  Sustained industry engagement by the AMD team with key strategic partners in the consumer, automotive, and chemical sectors, including government organisations, is leading to a wider awareness and adoption of this novel environmentally friendly technology.

The graphene exfoliation and dispersion technology were originally conceived as part of a fundamental materials physics research project funded by European Union’s Horizon 2020 research and innovation programme under the Marie Skłodowska-Curie grant agreement No 642742 (2016-2019). The focus of this activity and ongoing development work since, was to study the incorporation of graphene and other nanomaterial inks in different larger scale arrays for device applications where electrical and/or thermal conductivity is needed. The rheology and formulation of these inks can be easily modified and can, therefore, be tuned and deposited on a range of substrates using commercial printing techniques such as ink-jet, screen and flexographic.

Through the direct funding from AMD, the team has also developed a methodology to scale the production of these inks. The technical details of these advances are outlined in two AMD filed patents (a third in process). This technology is being further developed into variants for stretchable transparent conductors, electrically conducting pressure sensitive adhesives, molecular traceability tags and thermal actuators. In previous work by the Sussex team, the motion sensors have received a great deal of interest from various media bodies including the BBC Radio 4 Inside Science (interview at the Sussex physics labs and on the BBC website), the Times, the Financial Times, the Irish Times and others.

Of particular interest, the inks have been developed as coatings for replacement of metals in RFID systems for a leading UK retailer and several leading RFID manufacturers.  – a development that could have far-reaching environmental benefits and a huge far reaching environmental and commercial impact. The developed antennas are believed to have the potential to be competitive with incumbent technologies for end-users looking for an ecological solution; AMD are currently negotiating to supply graphene-based antenna for early 2020.

To support the design, manufacture and testing of these antenna devices, underpinning metrologies are needed which can characterise parameters such as local conductivity, isotropy and electric current flow patterns. This work will substantially enhance the value of these applications and facilitate further exploitation of the ink technology. AMD intends to progress this through the engagement of the SPQR team’s quantum microscope which has been developed and constructed as part of the UK National Quantum Technologies Programme (UKNQT) with the Quantum Technologies Hub for Sensors and Metrology. This will also provide the needed required enhancement by revealing factors such as early signs of failure under mechanical stress or other environmental factors.

The problem being examined will be to understand how these new RFID tags can contribute to creating a zero-waste business and its implications for the organisation of work focusing on three core questions:

A mixed methods Participatory Action Research (PAR) approach will be used to address these questions. PAR is popular in epidemiology and development studies but less frequently used in management research (Baum et al. 2006; Kemmis et al. 2013; Zuber-Skerritt 1996; Baskerville 1999).[2] Using the PAR approach and building on the work of Argyris and Schön (1974 & 1978)[3] on organisational learning and action science (Argyris et al. 1985) will provide a very relevant and innovative approach. Schön’s (1973)[4] observation that the pervasive and exponential rate of technical change means that institutions are in a continuous process of transformation requires us to become adept at creating learning organisations.

The PAR approach aims to enable action learning and is based on the premise that research participants should be actively involved in the research process. This requires collaborative self-reflective inquiry to understand and improve practice that is contextualised and embedded in social relationships. Within the PAR approach the Innovation Fellow will draw on a range of qualitative and quantitative methods including Participant Observation, Expert Interviews, Focus groups and Sector Intelligence reporting.

The impact of this knowledge exchange will be generated through

The project will start in April 2020 and run for two years.

[4] Schön, D. A. 1973. Beyond the Stable State. Public and private learning in a changing society, Harmondsworth: Penguin