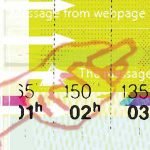 Fellows are appointed for a year and focus on a specific problem or challenge. In 2021, the topics studied range from digital surveillance at work to blockchain skills in the UK and Ireland.

These fellowships have been established with an investment from the Economic and Social Research Council (ESRC), commencing in January 2020 for five years.

We are now inviting applications for Round 2.

We particularly welcome applications that address research that complements or extends our core research programme.  We are keen to support Fellowships that are innovative, with a clear contribution to knowledge in Digit’s research area, and engage with Digit’s researchers.

The Fellows benefit from:

Please follow the guidance and use the application form below.  The deadline for applications to be received is 5pm GMT, Tuesday 22 November 2022.

Applications and questions should be submitted to: digit@sussex.ac.uk.

Fellowships will run until 30 November 2023.

These visiting fellowships commemorate the ground breaking work of the social psychologist Marie Jahoda (1907-2001), an emeritus Professor at the University of Sussex Science Policy Research Unit (SPRU). Her research focused on social and technological forecasting and the social psychological consequences of prolonged unemployment.

Her classic work Marienthal (1932/1977), conducted with Paul Lazarsfeld and Hans Zeisel, examined the psychological consequences of unemployment in an industrial district of Vienna in the 1920s and 1930s. Using a range of innovative methods at the time, she argued for the fundamental importance of regular work. It was not just the monetary rewards it provided, but the way it structured time, shaped a sense of personal identity and worth, enabled social contacts, collective purposes and social status that were essential for well-being and mental health.

On being released from prison in Nazi controlled Vienna in 1937 she came to England where she conducted research on unemployed miners, voluntary societies and school to work transitions, while also running a secret radio station at the Ministry of Information. She emigrated to the United States in 1946 working as a researcher at the American Jewish Committee, Columbia University, and as a Professor of Social Psychology at New York University where she founded the Research Centre for Human Relations.

Returning to Britain in 1958 she went on to establish a sandwich degree programme at what became Brunel University. Students applied their academic studies to real world problems by spending time in schools, prisons, hospitals and in industry.

With Chris Freeman she co-authored ‘World Futures: The Great Debate’ (1977), which remains the definitive text on methods of forecasting; and coedited Technology and the Future of Europe: Competition and the Global Environment in the 1990s.

She became a member of the Social Science Research Council in 1968. Her work was awarded the prestigious Kurt Lewin Memorial Award from the American Psychological Association and she was awarded an honorary degree by the University of Sussex in 1973. She received a CBE in 1974.