Employers, policy makers, workers and educators continue to ask, “Which skills should workers  learn to prepare them for the Future of Work, as technological change constantly urges adaptation to novel occupations and tasks?”.

We have explored a new frontier in labour market research by making use of a novel and unique data source, as part of our Digit Innovation Fund Project to investigate the complementary value of skills. In doing so, we examined the working history of thousands of digital freelancers and their skills on a large online labour platform, covering data from 52,000 projects, so-called gigs, between 2014 and 2021.

Our work shows that the value of learning a new skill is relative, as it depends on what we already know. We find that skills are most valuable, if they are close to our existing capacities and offer recombination with other capacities. The findings from our work could be a blueprint for assisting large-scale reskilling efforts in a time of technological disruption.

One in four Europeans worries about the difficulties of learning new digital skills and more than half of European Union companies struggled to fill job vacancies for ICT specialists. To a great extent, technological change is driving this growing uncertainty of workers and firms, and widening the gulf between the skills people have and the skills sought by employers.

One key reason for this is that technological change is not ‘skill-neutral’. New technologies, including those used for data management, 3D design or video editing systems, favour certain new skills while devaluing others, or making them completely redundant. In addition, for many newly emerging jobs, precise skill requirements are evolving and are therefore unclear. Innovation will create jobs in the future but those are likely to  involve entirely new tasks.

So, how are choices being made by workers about skill development, and to what extent does the acquisition of new skills depend on skills already held?  In this time of technological disruption, our work shows that the value of learning a new skill is relative, as it depends on what we already know.

Learning how to code – a safe bet in the Future of Work?

One common suggestion for workers, students, or job-seekers is to learn a programming language in order to “run with the machines” towards a sustained new profession. But even if we could agree that learning how to code was a safe bet for a sustainable future of work, which of the multitudes of programming languages, should we pick? Java, R, C++ or, perhaps, the alleged superstar coding language Python?

Current literature suggests that the answer to which skill we should learn might depend on what we already know: The benefits of learning a new skill could strongly depend on complementarity, that is how this competency can be combined with other skills. For a designer it might be beneficial to learn a programming language like Java that allows her to create shiny interfaces – valuable on her career path of becoming a front-end designer. While for a journalist, perhaps the best option is to start with Python, as she can quickly engage in web-scraping – a technique of acquiring data from webpages – essential for data-journalism.

Measuring the value of learning a new skill

Using a rich dataset as part of our Digit research project, allowed us to capture the utilisation of various combinations of skills in detail. These data stems from online labour platforms, which mediate between buyers and sellers of digitally deliverable work. For example, a shop-owner in London can boost her business by hiring an accountant in Bangalore and a web-designer from the Philippines.

With this unique data, we could map how skills are related and how their value changes in combination with each other. Most importantly, it allowed us to derive the value (premium) of a skill, measuring how much more the average worker earns when commanding a specific capacity. For calculating the premium we compare groups of workers, who have similar skill sets in general, while one group has the specific additional skill in question that the other workers don’t. The figure below summarises the value of 962 skills, highlighting some of them, across seven skill domains. 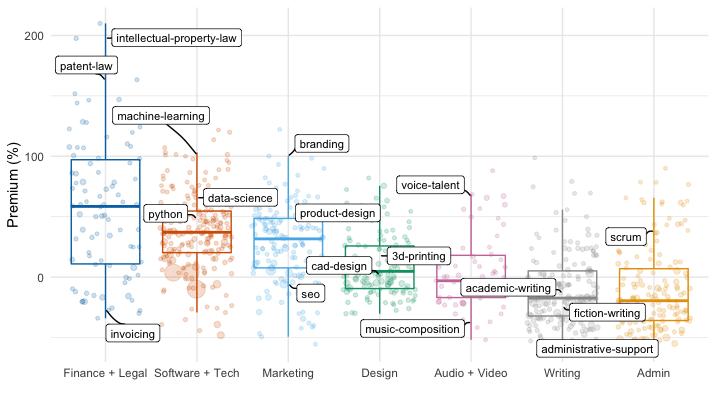 Figure 1 – Skills in Finance, Legal, and Software Development tend to be more valuable than in Writing and Admin work.

The figure shows that the value of skills is differently distributed across domains, as skills in the field of Finance & Legal work or Software & Tech are, on average, more valuable than skills in Writing or Admin work. And even within the same domain, e.g., Design work, some capacities (product design) are more valuable than others (3d-printing).

But most importantly, we find that the value of a skill depends on complementarity: Skills, such as Patent Law or Python are more valuable, as they allow for recombination with many other high-value skills.

In practice, skills are never applied in isolation. In particular, when it comes to adult re- or up-skilling, we need to add new skills to existing skill portfolios that a worker already has and combine them into new individual bundles of skills. Therefore, we compared the value of skills based on the background of workers in our dataset with clear findings, as the next figure shows: 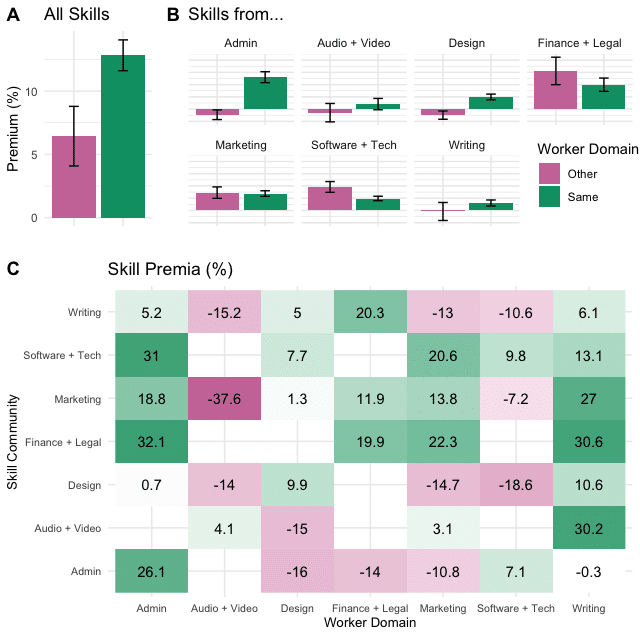 Figure 2 – The value of a skill depends on the skill background of the worker.

We see that, on average, skills are consistently valuable if they match the worker’s background, as shown in the upper two panels. Here, Design skills are valuable for Designers, and Marketing skills are valuable for workers in Marketing (following the diagonal of the lower panel). In other words, skills have a consistently higher premium if they are similar to the capacities that workers already have. But we also see that some types of skills, e.g., from Software and Tech, seem to pay-off across worker backgrounds.

The need for agile reskilling will most likely increase, as technology reshuffles occupations and tasks at an increasing pace. Our research shows that, regardless of how technology advances, there is no one-size-fits-all approach for re- and up- skilling, as the value of learning a new skill depends on complementarity.

In this spirit, our work can help to establish a taxonomy of skills, understand their application and individual complementarity, and enable automated, individual, and far-sighted suggestions on the value of learning a new skill in a future of technological disruption. Our method could be a blueprint for helping training agencies and education providers design programmes on individualized reskilling at scale. It can offer targeted and near-real time reskilling advice to workers, regarding both industry needs and the worker skills required to fulfil them. This action could support the recommendations on individual learning accounts and micro-credentials, while fostering the skill-by-skill learning of workers instead of traditional certification.

Search and filter the Blog

Join the Digit mailing list to keep up to date with the latest news, publications, events and blogs from the Digital Futures at Work Research Centre.

If you would like to contribute to the Digit Blog please email us with a brief 100 word summary. You can find guidance for contributors here.